More than 120 multinational Corporations have chosen Geneva's unique environment to locate their headquarters. Many of these companies have also set up important R&D operations here.

In 1872, the so-called Alabama arbitration ended to the first peaceful solution of a dispute between the United States and the United Kingdom.

At the Paris Conference in 1919, Geneva was chosen as the Headquarters of the League of Nations. The City became the privileged place of very high level political meetings and a lot of international organizations were established in Geneva.

At the end of the Second World War, the City became the European Headquarters of the United Nations Organization (UNO) of which several specialized agencies were welcomed in Geneva.

Cosmopolitan, open to the world and to innovations, Geneva is a favourable location for negotiation and reflexion where all the statesmen of the world can meet.

In 1863, Henry Dunant and a group of Genevese formed the International Committee of the Red Cross. ( Red Cross Founded By secret society Knights Of Malta).

Geneva plays host to some 200 international organizations - the UN European headquarters, the UN Conference for Trade and Development (UNCTAD), the International Labour Organization (ILO), the World Health Organization (WHO), and the High Commission for Refugees (UNHCR).

As home to major trade pacts, Geneva proved to be the ideal location for the World Trade Organization (WTO).
In addition, a number of specialized bodies such as the International Organization for Standardization (ISO), the International Telecommunications Union (ITU) and the World Intellectual Property Organization (WIPO), give Geneva a major role in the development of technical standards and copyright law.
Geneva has sheltered successive waves of refugees over the centuries. They brought the leading technologies of their era - printing, watchmaking and textile manufacture. The international city, with 40% of its population from other lands remains open to people of different origins and cultures.
It is therefore not surprising that the city has become a top conference centre. The cross-fertilization of ideas encourages action, an open mind and an objective view of the world.
As an open city, Geneva's amazing power of assimilation and integration makes you soon feel at home. Perhaps it's the city's genius for maintaining traditional values in a modern context, that makes it unique.
The Coat of Arms of Geneva: Full Of Masonic And Jesuit Symbols

The symbols on this coat of arms is very Masonic. Notice the 33 degree Double Headed Eagle symbol cut in half. The golden key is also a Mason symbol because it opens doors holding secrets and is also used by the UBS bank of Switzerland where many wealthy Americans put their offshore bank accounts in. 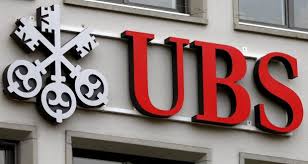 The crest is a half-rising sun on the upper edge and bearing the trigramme IHS in Greek letters, representing the shortened form of the name Jesus (IHESUS). IHS is from the Jesuits. The secret society with in the Catholic Church who helped the Illuminati take it over years ago. The Rising Sun is a Masonic symbol also.
The Geneva's motto « Post tenebras lux » (After the darkness, the light) had its origin in the middle of the 16th century. It refers to Illuminati and Masonry.
Geneva is the seat of the European headquarters of the United Nations and of many other inter-governmental organizations, including:
Geneva was the seat of the League of Nations between 1919 and the league's dissolution in 1946. It was first housed in the Palais Wilson, and then in the Palais des Nations, which now hosts the United Nations. Numerous international non-governmental organizations have also elected Geneva as their headquarters, including:
Just a few examples of the many foreign multinational Corporations groups with offices in Geneva:


Here is the symbol used for the United Nations Flag. If you count the sections you will come up with 32 boxes. This stands for the 32nd degree of Scottish Rite Freemasonry. If you add the center section its 33 sections. This stands for the 33rd degree of Scottish Rite Freemasonry. Also the Acacia symbol is used to represent immortality after death and was also used by the Ancient Egyptians.

Symbolism: The star represents Sirius sometimes called the Dog Star or Blazing Star which Freemasons use as one of their symbols ( Sirius Satellite Radio!). The two scimitars are Shriner symbols . The Acacia symbolize immortality after death, but in this case it is a palm tree branch. The colossal statue of the Mesopotamian human-headed winged bull recalls the Babylonian Empire.

Symbolism: The Lion symbolizes a Egyptian Sphinx. The Freemasons use the Sphinx as one of their symbols. The Acacia once again symbolize immortality after death and was also used by the Ancient Egyptians. The Arrow remains a mystery at this point.

Multi-National Corps - Iraq, part of Multi-National Force - Iraq, is the tactical unit responsible for command and control of operations throughout Iraq.
Iraq is divided into 6 major areas of responsibility maintained by forces from 26 countries.
MNC-I is headquartered by the U.S. Army at Camp Victory, Baghdad.

The other points I want to make is does either of these two symbols look American to you? The United Nations led by a Satanic religion the Freemasons is controlling the war in Iraq from the start in March of 2003 to the present. Iraq will never be a free nation because the plan is to divide Iraq into regions. Iraq's entire government has been appointed. They were not elected. The rules of engagement for U.S. forces in Iraq was not created by the U.S. government. The United Nations made those also. 3,897 U.S. troops have died because of George Bush's decision to invade Iraq. More American deaths than the September 11th, 2001 attacks.

Here is links to the actual websites of these two United Nation Elements controlling Iraq.